After having visited the biggest hotspots in terms of anime, manga and arcades within our first three days in Tokyo, we decided to check out a few of the lesser known districts when it comes to arcade gaming. One of them was Ueno, a popular ward for tourists visiting its massive cherry blossom park and collection of museums, as well as Asakusa, known for the Asakusa shrine. 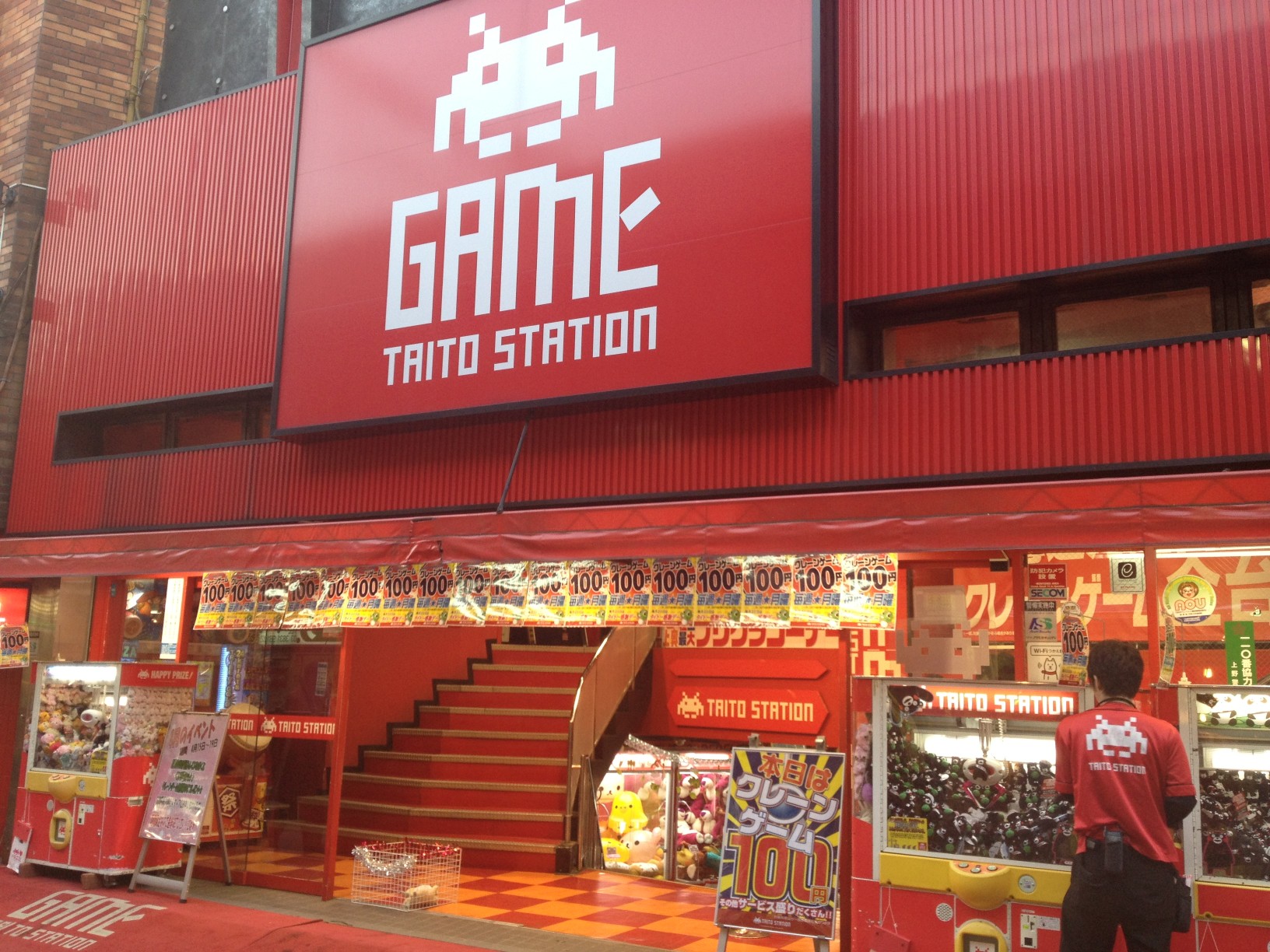 Just south of Ueno station is a small, thin strip of high-rise buildings, lodged inbetween the railway and the main street to Akihabara, featuring lots of small shops, restaurants, and of course arcades. Besides the independent “Sam’s Town” which has a Taiko and a Project Diva machine, there’s the mandatory Taito Station and, somewhat surprisingly, two Adores (one in the north, one in the south). However, only one of them carries rhythm games, located on the top floor – here, you can find two cabinets of every current Bemani game, a Taiko and a Chunithm. It’s not as much as in the other districts, but still the place with the most music games in all of Ueno. Even Taito station just north of Adores only carries SEGA rhythm games and a Taiko no Tatsujin.

The situation looks even more bleak further east. Like a lot of other less entertainment-focused wards, Asakusa has lost many of its smaller arcades during the last few years, with only the big chains remaining. Both the Taito Station and the Adores here carry only one of every Bemani machine (minus DDR), and they aren’t very well-maintained either. The IIDX cabinets here have 50-70g switches which are so light that blowing on them is enough to activate them, and the SDVX knobs at Adores were the loosest I’ve seen in Tokyo.

Sadly, this trend of arcades detoriating and even closing down is prevalent throughout many parts of Tokyo. Even big chains are affected, with Club SEGA Shibuya closing just last year, and Namco abandoning their arcade chain entirely. One can only hope that at least the arcades in the popular wards such as Shinjuku and Akihabara will continue to survive. In the next installment of our Japan 2016 travelogue we will look at some of the smaller, independent arcades throughout Tokyo and see how they hold up against the big players.